For the past twelve months or so, you may have been hearing more and more about the Internet of Things (IoT). There’s a lot of information, opinions and ideas out there about this phenomenon – and it is a phenomenon – and as such, there is inevitable confusion. We make no promises here to leave you less confused, but we hope this article will make you think about how this social change is going to affect the way you live, the way you work, and what you should be doing for your business. 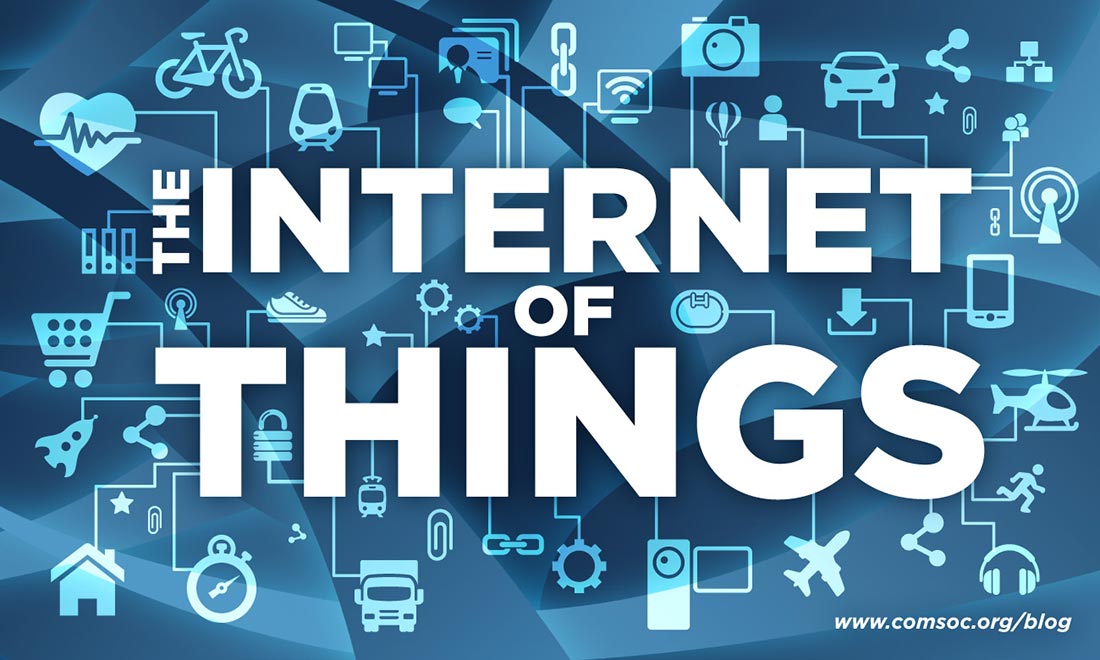 To put it simply, the IoT is the resulting world of near-countless items being connected to the web or communicating with each other via a digital connection. This means anything from sensors in cars telling the driver the tyres are flat to a beacon in a store telling a mobile phone owner that they can get a great deal inside.

Numerous studies have concluded that in the next 5 years there might be tens of billions of devices operating inside the IoT. Gartner, for example, claims there will be 26 billion. That’s a staggering amount of ‘things’ communicating with us and with each other.

There are three main parts that are said to make up the IoT – Enterprise, Home and Government – and within these there is a broad spectrum of possible benefactors. Sectors that could see dramatic influence include infrastructure and manufacturing, environment, energy, health and medical, transport, and education.

Despite the immense impact this is having already in our lives, many see the IoT as something that is coming. I disagree. I’m much on the side of the IoT already playing a huge role in how our world is operating.

That said, the biggest shifts are beginning to be seen now as people’s imaginations gradually catch up to the possibilities. The Apple Watch was recently released for sale to the public, and Gerard Grech wrote an article on why this matters to what we’re discussing here. He wrote:

“With pre-orders of the product reaching one million in a matter of hours, IoT has hit the mainstream, moving into the public consciousness with a fashionable bang. This will be an acceleration point in the evolution of smart thinking and smart technology.”

That is a critical point. The IoT is no longer something that will slowly come into play. Everyone involved – and that means everyone – will play a part in how society moves forward with these cultural shifts.

The way we socialize, shop, eat, watch, work; everything we do will be affected. In business terms, this digitalisation affects more than e-Commerce sites, and will hit us from the ground up.

As an example, what if in store a sensor took note of who stood longest in front of a particular product? If this sensor could take information and conclude that most shoppers were male, aged 20-30, an automated advert could be sent out to that particular audience over social media.

This is but one, simple shopping example, but the IoT will have far more creative and wide-ranging effects on our lives than this. For your business, it will be not only important to be a part of this change but to convey to your audience that you are progressive, that you are moving with the times, and that your efforts on this part of the business sphere will help them get more out of your service.

It will be a huge selling point amongst a consumer base who are used to having to do less and less work to have in their hands exactly what they want, when they want it.