We live in a world that appears on the brink of, if not already in, an existential crisis.

The internet is so entwined in our daily lives that the very presence of it is now referred to as the Internet of Things. It even has its own acronym: IoT. This realisation, however, is driving privacy to the forefront of what is important to users online, yet society supports a narrowing list of monolithic tech companies that can only maintain and grow that order by using their clients as a product. 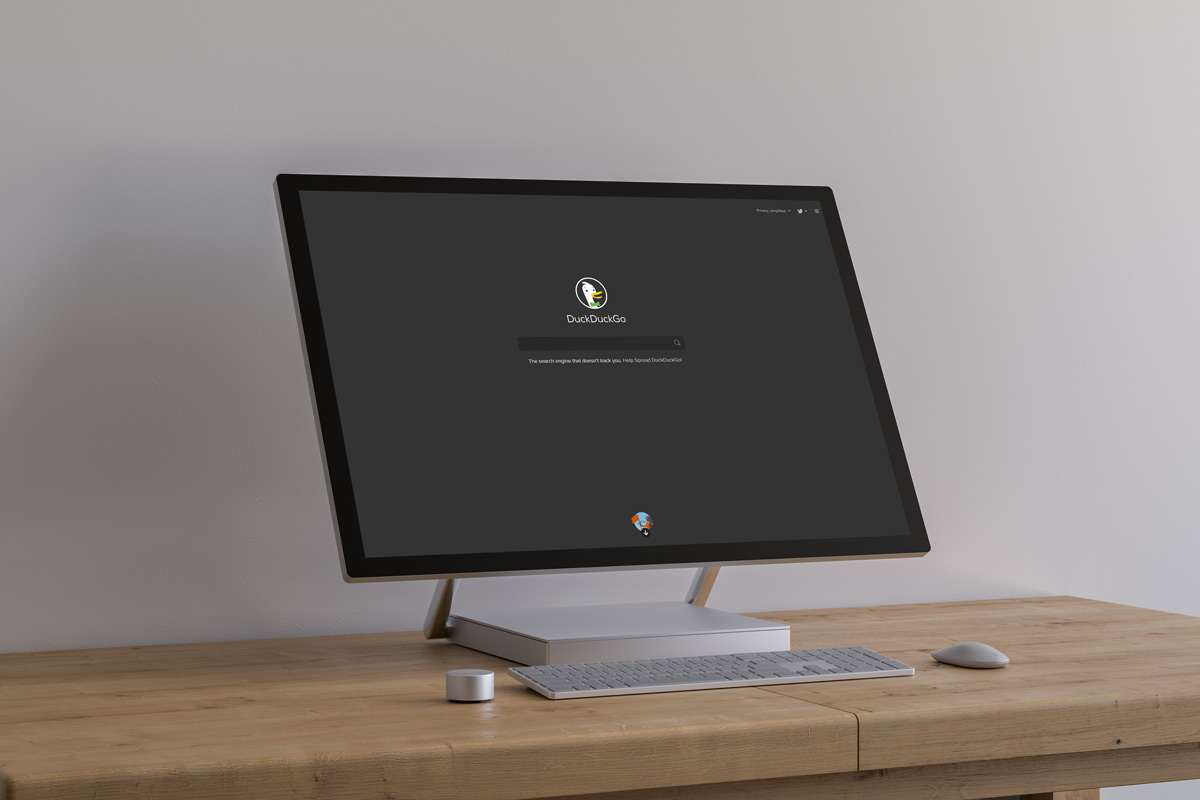 Enter the rise of Privacy Tech and, as the subject of this piece, DuckDuckGo.

DuckDuckGo was formed in 2008, and CEO and creator Gabriel Weinberg knew he was up against it from the start.

By that stage, Google had already cemented itself as a mainstay and was quickly building. But Weinberg and others began to be concerned with the seeming belligerence with which user data was being acquired and distributed. Indeed, that worry would spread to the wider populace in years to come, which we’ll cover below.

In order to get their name out there, Weinberg undertook a risky task: he paid for a giant billboard in San Fransisco which made global headlines. It read: Google tracks you. We don’t.

This captured attention, and the company’s user base and philosophy quickly ballooned.

But how did we get here?

Let’s take a brief step back and look at what has led us down this path in recent years, where firms like DuckDuckGo have gone from obscure corners of the interweb to front and centre of a growing debate.

Big firms with easy access to personal information, like Facebook, Amazon, Google, have been hitting headlines for finding more and more concerning ways of using that data for profit. They sell what they learn about users through their shopping, sharing and searching habits to big data companies.

Take Facebook’s email saga: In December last year, lawmakers in the UK released a trove of hundreds of internal emails that showed how the social media giant planned to hide their gathering of user data.

It was realisations like these that led to the implementation of Europe’s new, broad, unprecedented laws surrounding privacy, known as GDPR.

In an interview last week with The Washington Post, Louisiana Republican Attorney General Jeff Landry said: “I think what we’ve found is that big tech has become too big, and that while we may have been asleep at the wheel, they were able to consolidate a tremendous amount of power.”

That sentiment is no surprise considering Google was found to track user locations even when that option was disabled by the user.

So, where does this leave us? How does this lead to an article about what DuckDuckGo is? Basically, you don’t have one without the other. DuckDuckGo was created precisely to combat the likes of what we just covered.

It’s not to say everything Google and the rest do is bad. Google has managed to build an unparalleled search capacity that puts just about any information you or I could want just a few taps of the keyboard away. But with that power comes – you guessed it – great responsibility, and to date it doesn’t seem that responsibility is being met.

DuckDuckGo is a number of things, but it began as simply an alternative search engine to Google. That’s nothing groundbreaking in and of itself. You’ve heard of Yahoo! and Bing which are both based on the same premise.

However, DuckDuckGo – true to their billboard – wanted to change how the status quo operated. They promised not to track their user’s search data. Ever. And they continue to guarantee that as they expand their business.

In 2017, DuckDuckGo hit 20 million searches in one day – no mean feat. They’ve had over 27 billion searches through their platform at time of writing, and through their work have donated well over one million USD to tech firms focussed on improving data protection online.

They’ve become so popular that just last week, Google quietly added DuckDuckGo as a default search engine option in their own browser, Chrome. 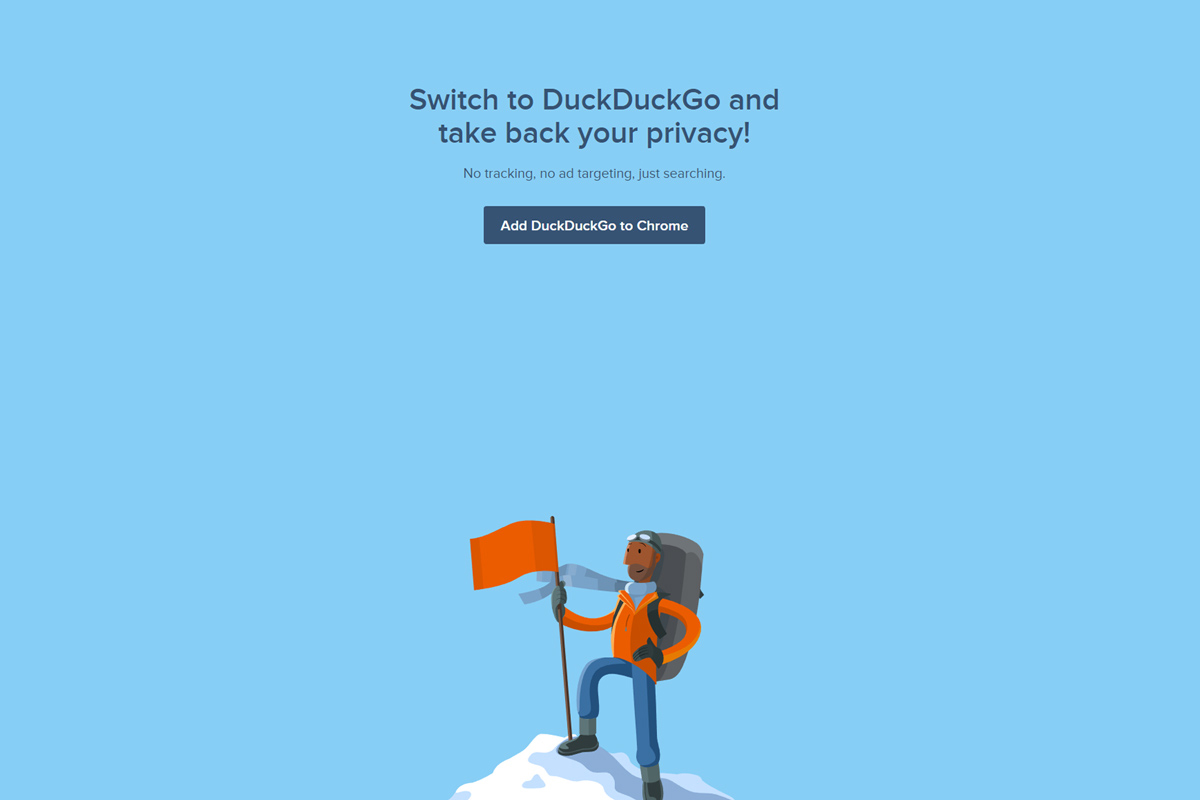 What do DuckDuckGo say is their mission online?

Rumour has it that outside the front door to DuckDuckGo’s self-appointed ‘palace’ sits a humble doormat reading ‘Come back with a warrant.’ This ties in nicely with the company’s modum operandi.

“You deserve privacy. Companies are making money off of your private information online without your consent. At DuckDuckGo, we don’t think the Internet should feel so creepy and getting the privacy you deserve online should be as simple as closing the blinds.”

This is a quote directly off their website, and it is backed up in practice.

There is a great interview with the company’s founder by Drew Millard who writes:

“Using DuckDuckGo can feel like relearning to walk after you’ve spent a decade flying. On Google, a search for, say, “vape shop” yields a map of vape shops in my area. On DuckDuckGo, that same search returns a list of online vaporizer retailers. The difference, of course, is the data: Google knows that I’m in Durham, North Carolina. As far as DuckDuckGo is concerned, I may as well be on the moon.”

What does DuckDuckGo actually do, though?

So, they started out as a search engine, but have they expanded?

On their site, DuckDuckGo say: “With our roots as the search engine that doesn’t track you, we’ve expanded what we do to protect you no matter where you go on the Internet… Too many people believe that you simply can’t expect privacy on the Internet. We disagree and have made it our mission to set a new standard of trust online.”

This has resulted in their recent release of the DuckDuckGo browser, although it’s only available on iOS and Android devices (for now). From a brief trial, it appears streamlined and simple, and the coolest part is the fire button in the middle at the bottom: hitting this clears all your browsing history and open tabs. You’ll see the flame fly up your screen, as per the image below. 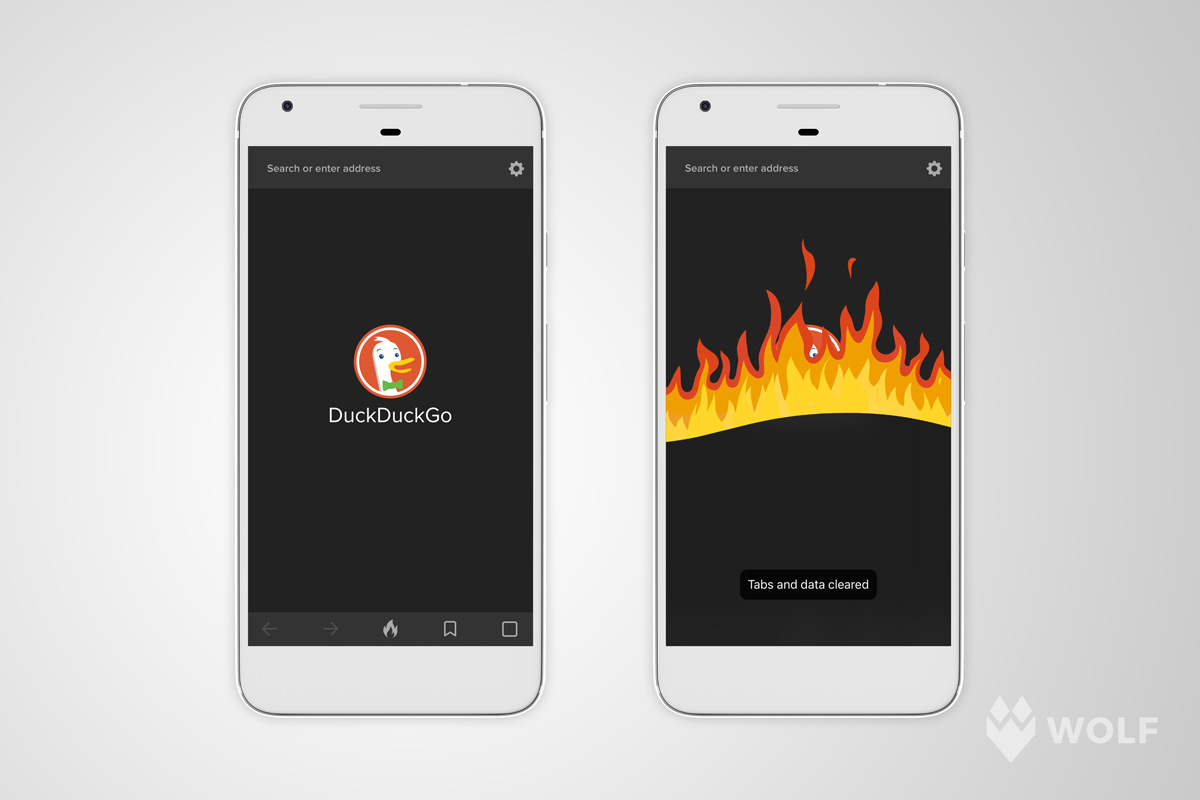 On top of the broswer, the popular extension for search, and other such user-focussed benefits like their ‘privacy tips’ blog, the company donates large amounts each year to companies like Tor that work to increase privacy and security online.

It all fits snuggly into their stated targets.

But the big one, and what they launched off, is…

There is no search history

In amongst all of the above, it’s easy to forget what DuckDuckGo became (contextually) famous for – in a world where everything you do is tracked (sometimes that’s helpful, other times it’s just plain wrong), this search engine doesn’t keep note of what you do. Even as simple as what you type in their search bar.

There is no timeline of your search, no catalogue that third-parties can request (from Cambridge Analytica to the FBI) as it just doesn’t exist. Your exploits can’t be hacked, as there is no information there.

The only saving it does is search terms in general, so there is an aggregated list of popular terms in order to deliver effective results and make simple grammatical or spelling allowances. But there’s no identification behind it.

In their privacy police, the company says that when you “click on a link on our site, we route that request in such a way… that it does not send your search terms to other sites.” That’s important, because even though the website knows you visited (Google Analytics, anyone?) they can’t see what search term you entered to get there.

That’s a major difference from Google, Yahoo! and Bing, who rely on that sort of information to sell effective advertising.

The one final thing I’ll say about DuckDuckGo’s system is how they rank their SERPs (Search Engine Results Pages). If you’ve ever heard of Firefox’s plugin ‘HTTPS Everywhere’, you’ll know what this is about. DuckDuckGo automatically pull encrypted website versions onto their results page, rather than whatever link would appear.

Again, that’s different than many of the other search engine options.

What are some cool features of DuckDuckGo?

So, you’re sick of hearing about the tech side, right? DuckDuckGo does have some added bonuses that vary from what you find elsewhere. To help you search sites automatically, they use a system called Bangs. Websites (of which many already have) can register their own Bang, and users enter that during the search.

For example, type in ‘!bbc arsenal’ and you’ll go straight to the BBC News website’s search results for ‘Arsenal’. You can use ‘!a’ for Amazon, or ‘!w’ for wikipedia. Most of the big sites have a Bang.

On top of that, DuckDuckGo’s localised search results are steadily improving. Obviously it won’t do what Google does, because the Duck search just doesn’t know your exact locale. However, using some Geo IP identification, typing in restaurants will give you a map with options close-ish to where you are.

Why is that a cool feature? Because it means they’re true to their word – they don’t know your address. Google does.

So I should be using DuckDuckGo instead of Google, right?

That’s a question that everyone needs to answer for themselves.

As you can see above, there are LOADS of good reasons behind switching your default search to a more private platform like DuckDuckGo, but Google is Google for a reason.

In his piece covering their integration of the extension, Forbes’ cybersecurity author Davey Winder puts it best:

“The positives and negative can both be summed up in just three words: it isn’t Google.”